Home Business Demystifying the Jazz Queen, Dianne Reeves as She Makes Her Way To Kenya 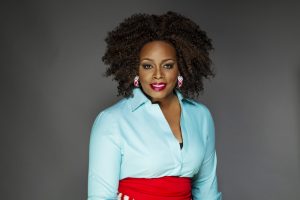 They say that music is the only thing that hits you and instead of feeling pain, you are carried into an emotion that can only be defined by you.

In his song, Mziki asili yake wapi, Remmy Ongala tries to define what music is. The artist says music is a feeling, that music is happiness, sadness and a eulogy. His conclusion was that music is everything.

What comes to your mind when you hear the music genre known as Jazz? Jazz music is defined as a genre that originated in the African-American communities of New Orleans in the United States in the late 19th and 20th centuries.

This music genre has gained prominence around the world. In the recent years, the genre has become a darling of thousands of Kenyans. Thanks to the annual Safaricom Jazz Lounge, many have had a taste of jazz from world renowned performers.

Even as Dianne prepares to land and wow the audience, most people seem to know little about her. Who is Dianne Reeves? Some may ask. Well, apart from her stunning beauty that leaves you gum-rooted on the ground every time she takes on the podium, she is a lady with one hell of a talent too.

I first heard of Dianne Reeves when she became the 2018 Monterey Jazz Festival’s Showcase Artist where she went ahead to perform in various contexts throughout the festival’s 61st installment.

As Dianne was quick to point out, she will surely not be the last and is merely the first of many. All these accolades about her are captured on her own website Dianne Reeves.

Dianne will not be the only one performing during the Safaricom Jazz Lounge. The Kato Change group from Kenya will be there too to move the audience. For those who might not know about Katoc Change (Kenya), he is a self-taught guitarist whose technique was nurtured by an emerging online community of musicians on YouTube. His self-directed style draws from a heritage of jazz legends around the world. The Double Cut from Italy will also be present. This is a festival you do not want to miss.

In the next 10 days, Reeves will be in Kenya and will perform for the first time at Uhuru Gardens, Lang’ata. Regular tickets are going for 2,000 shillings with students paying 500 shillings. On 2oth, the jazz queen will be at Hells Gate National Park in Naivasha. A corporate table of 10 is going for 150,000 shillings. Individuals are paying 10,000 shillings.

A Look at LG OLED and Other Products