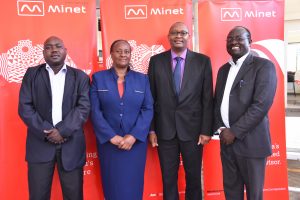 As the world marks the world cerebral month, many patients still go through the untold pain of stigmatization, ridicule and shame with no hope of ever seeing the future.

Most of those suffering from cerebral palsy are children and many parents have made it hard for the children’s life through hiding them in houses and always keeping them away from the rest.

A study conducted by Orion Foundation and Breakthrough Consulting in late 2016, revealed that only 14 percent of the general public interviewed were aware of Cerebral Palsy, with many people not aware of the availability of facilities that support cerebral palsy cases.

Special schools were cited as the most available to parents with children with cerebral palsy. Many parents, however, are just not aware of how to deal with a child with cerebral palsy. Some, go to the extent of thinking that it is a curse that can be wished away through prayers.

The greatest enemy to a cerebral palsy patient is stigma. It is worse when the stigma come from those who are supposed to love him/her. Isolating those suffering from cerebral palsy only makes matters worse for them.

According to Minet Kenya Chief Executive Officer Sammy Muthui, the awareness about the cerebral palsy was still low in the country despite the fact that it contributes close to 5 percent of disability among children and adults.

“At the moment, cerebral palsy ranks among leading causes of disability among children hence the need to rededicate efforts towards this neurological disorder through financing towards quality therapy, treatment and public awareness. As part of our corporate social responsibility, we have supported care and treatment of persons with cerebral palsy and this is a rededication of our efforts towards supporting this cause,” he said.

The government and stakeholders have terribly failed in helping those with cerebral palsy. There are no policies in place that can help restore dignity to patients. There is a need of concerted efforts by both the government and private sector players to strengthen response to cerebral palsy through awareness, improve access to treatment and fight stigma.

It is in the spirit of giving the patients a voice and a future to smile about that Minet partnered with Cerebral Palsy Society of Kenya and Ongata Rongai Special Home and Training Centre to lobby for policies and legislation that strengthens action on Cerebral Palsy.

“Stigmatization is rife among children with disabilities and their families denying them the basics such as health care, education, socialization and recognition. We therefore would like to thank Minet Kenya for supporting public awareness campaigns to reduce stigma on persons affected by cerebral palsy,” Mr. Kakala, the Cerebral Palsy Society of Kenya Programme director, said.

Ghetto Classics And What Their Poland Visit Meant To Them

What Happens When An Insurance Comes To You?