Home Tech LG 8K OLED TV is Here With Us

LG 8K OLED TV is Here With Us 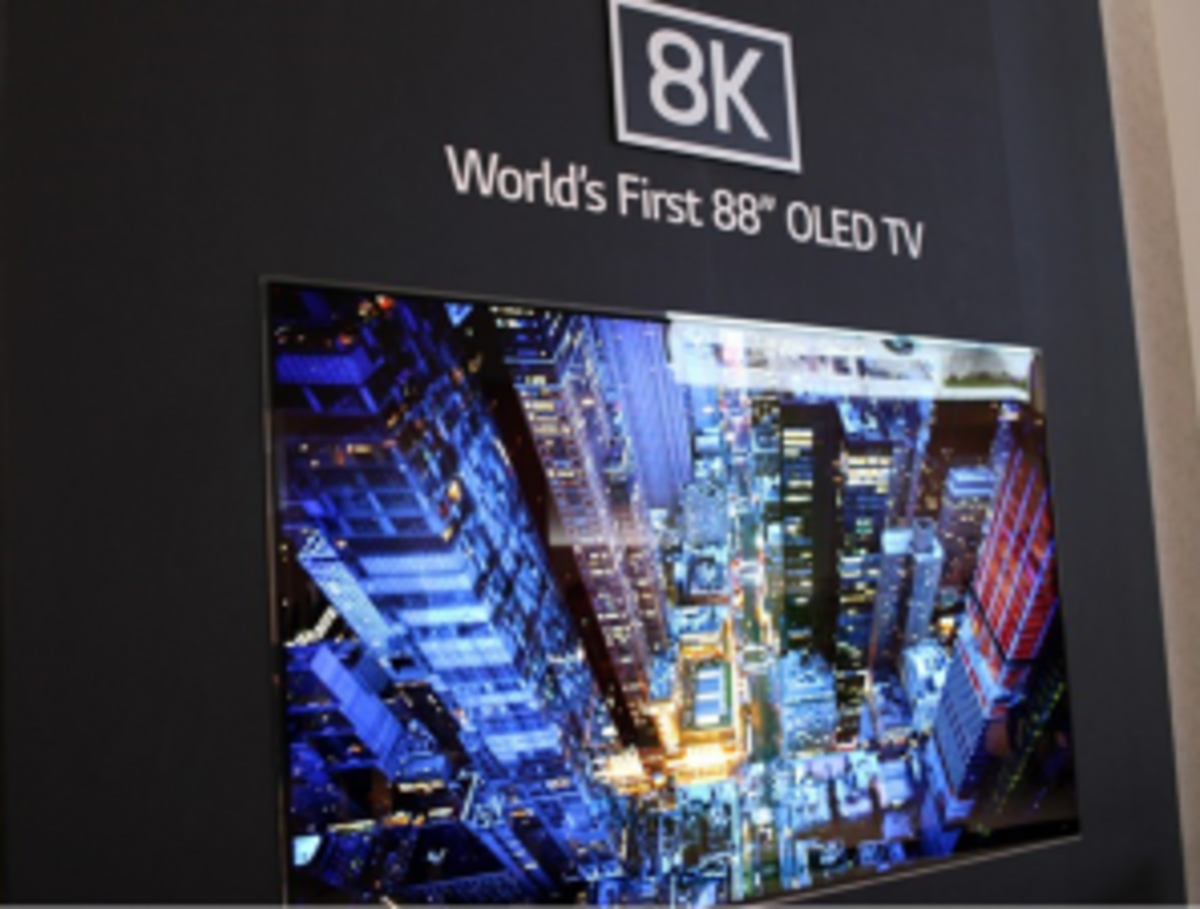 In the next few years, you could actually be binge-watching your favourite show in a self-driving car, or checking who is knocking at your door without actually rising from the comfort of your couch.

A while back 4K filming and streaming went mainstream through making picture quality clearer. But who knew it could go to a higher level and the ultimate level of television evolution is here with us, 8K OLED TV. It has been on the horizon for a few years now since it was showcased back in 2013. Fortunately, this year the invention took its biggest step yet when the TV industry brought forth their version on 8K televisions to the world. LG produced the world’s first 8K OLED television in the size of 88 inches, making it the biggest OLED TV today.

The 8K OLED TV will not just screen entertainment but will have the ability to do much more. Think of it as a dashboard for all the internet-connected devices in your home. You will be able to access and control all your smart devices from your TV screen. Who would not love to sit in front of their smart TV and look in the fridge for what to take for breakfast without actually opening the fridge?

In Hollywood, the industry has been utilizing 8K enabled cameras that were used in the production of movies like Guardians of the Galaxy, volume 2. With this, one would be right to note the direction technology is heading to. The 8K OLED TV is showing noticeable improvement in picture quality hence attracting video game creators who are also heading to the 8K direction.

The 8K OLED sets not only improves the picture quality but it also makes picture more detailed and sharper. It is especially important for large size televisions. Unfortunately, only 8K televisions are compatible to 8K screening. However, they are striving to make all smart televisions compatible to not only 4K but also 8K.

It offers four times the pixels of 4K, meaning that the quality has been upgraded by four times that of 4K. Clearly 2019 will be amazing in the technology industry where many people will strive to move from 4K filming and screening to 8K.

Commenting on this latest innovation LG East Africa Marketing Manager Mr. Moses Murji said, “We are entering an exciting period of technological advancement and real connectivity of smart devices. Some of our ideas are poised to arrive sooner than most people actually expect. Our objective is to come up with technologies that benefit our consumers”

Starting a Simple Home Bar? Here are the Essentials