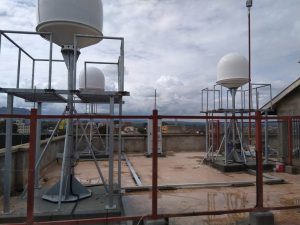 Loon has announced the installation of a new set of ground stations in Kenya. This is a key step toward  the deployment of commercial service in collaboration with Telkom Kenya later this year. The new site in Nyeri adds to similar ones in Nairobi and Nakuru.

The installation of ground stations is a key milestone that paves the way for testing with Loon’s stratospheric balloons. The company has announced plans to begin such testing in the first half of this year.

Ground stations are strategically located to support  balloon access to an Internet connection. They are located in places that already have access to Internet and data services.

Loon works by beaming an Internet signal from these ground stations to a balloon 20km overhead. That signal can then travel across multiple balloons and long distances, allowing Loon to provide service far from where the ground station is located. In this way, Loon can reach underserved areas that have little or no connectivity.

The Loon service is an innovative approach to providing extended 4G/LTE coverage to rural and suburban areas with lower population densities. The balloons act as floating cell towers, transmitting a provider’s service – in this case Telkom’s service – directly to a subscriber’s existing 4G/LTE phone below. Loon’s equipment is powered by on-board solar panels, eliminating reliance on power infrastructure that is often lacking in rural or remote areas. The lack of such power infrastructure can be an impediment to setting up ground-based towers in such areas.

Loon and Telkom are working to enable more Kenyans to access the Internet via their mobile phones. With this new technology, Kenya will be a pioneer in extending the Internet to people who are not able to get reliable connections.

Loon has also worked closely with various Kenyan governmental bodies to secure all necessary approvals to begin testing and operating this year.

What I’m getting My Special Person This Valentines