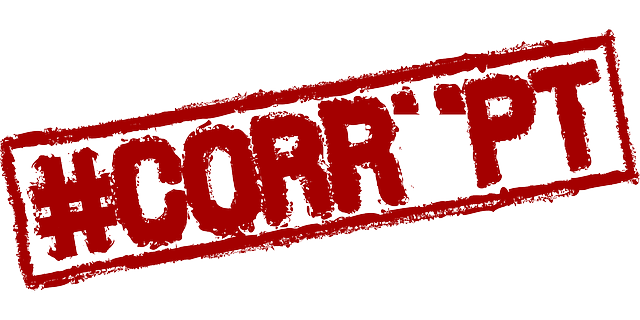 Corruption. The only “prominent” term in Kenya  right now. It seems as though those in the corridors of power have resolved to looting this nation to the last coin. It is as though Kenyans are on their own with nowhere to turn to for help.

As the looting of public resources rages on, the war against it seems to have gained momentum though many people still feel that what is being done is not enough. The issue has widely been politicized and is slowly losing meaning. People have now started attacking various government agencies accusing them of “political witch hunt”.

Kenyans, desperate of nowhere to turn to have taken to social media platforms to display their “anger” and “frustrations”. Nobody seems to be listening to the cry of Kenyans. In fact, it is as though the more Kenyans shout, the more the looting. Truth is, to be able to fight corruption effectively, there must be goodwill among all the stakeholders.

In all the efforts to fight corruption, we seem to have forgotten one fundamental player who is doing everything possible to let Kenyans know what is happening. These are members of the Fourth Estate; the media.

Currently, the debate in the public domain is the disappearance of 21 billion shillings meant for the construction of dams. The Directorate of Criminal Investigation (DCI) says at least 21 billion shillings might have been looted. The Deputy President has disputed the figure saying that only seven billion shillings are unaccounted for. Treasury Cabinet Secretary, on the other hand, quotes the figure at 20 billion shillings. Who is saying the truth? Who will make sure that Kenyans get to differentiate between chaff and facts? Here is where the media comes in.

I will use the Daily Nation newspaper as a case study as a media outlet that has been vocal on outlining and bring to the surface corruption scandals rocking the country. Last week, Kenyans made what appeared like a banner add, with screaming newspaper headlines about looting of public funds in various sectors. Of all the headlines selected, I realized that Daily Nation accounted for more than 90 percent of all the reporting.

Media houses in Kenya have a very big role to play in the fight against corruption through the following ways:

Say the truth and the truth will set you free. Truth is the pill that everyone wants to have but too bitter to swallow. The media can lead the way in the fight against corruption by simply saying the truth. The war against corruption needs facts and facts needs to come out clearly to avoid distortion of information and the spread of propaganda.

Having credible sources gives any piece of information authenticity. Media houses should avoid quoting unverified sources in the fight against corruption. They should not dwell in relaying innuendos that will at the end water down the underlying issue; corruption.

The main “clients” to media houses are the consumers of news. Trust is like glass, once broken, it cannot be restored and even if it is, cracks will still show. Consumers need to trust media houses and media houses need to sustain this trust by giving their consumers credible and verifiable information that will keep them engaged.

Bottom line: the bottom line is, the fight against corruption is not for the government alone. It is for us all. It is for the media, government agencies and citizens together.

Image Is Everything! Here’s Why

Customers On Aliexpress.com Now To Pay For Goods Via Lipa Na M-Pesa