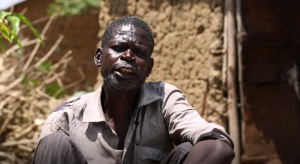 The day kicked off like any other day. Birds flying from this tree and perching on the next. Vincent Sifuna woke up on that Saturday morning, moved out of his makeshift house that looked as though it would come down, tumbling on him any time without warning.

He stretched. Yawned. Threw his faint eyes at the far end of the village, far away into the horizon before he looked for a place he could sit as he awaits the rising of the morning sun. His stomach grumbled, as though reminding him that the fact that he had not eaten anything the previous night was not “fake news.”

As he sat down, one could tell, from a distance that the man was lost in deep thought. Once in a while, he would scratch his fingers and sometimes his toes. One would think it is just a normal routine scratch like one would do from time to time.

A closer look reveals a different man. From a distance, Vincent Sifuna looks fine but at a closer look, the man isn’t fine at all. He is in constant pain. Constant itching. Lost hope and the fear of the unknown. His eyes tells it all. He has no future of seeing tomorrow.

His fingers are bent and his nails are elongated and detached from most of their positions. They looked scary. His toes are also bent; one facing South and the other East. You might be forgiven for thinking that both feet had quarreled and agreed to disagree, never to face each other again.

Truth then dawns in. Mr. Sifuna is infested with jiggers, a problem he has lived with for years. He lives alone with no one to look after him. He has no friends because most think that he is cursed or might spread the jiggers to them. Most of the time, he sits alone, waiting for home, crying from within.

Within Mr. Sifuna’s neighborhood, jigger menace is a common phenomenon. It is as though it is part of life. Most families, tired of trying to eradicate them resign to fate. Some have even accepted and nicknamed them as “cows”. You will someone saying, “Chino chikhafu chase,” (These are my cows), simply meaning, ‘these are my jiggers.’

The majority of the affected are the school-going children with some so badly damaged that they can’t even hold a pen in school. That is the kind of life that Sifuna goes through on a daily basis. Life of loneliness, not because you want to, but because the society judges you basing on something that you have no control over. 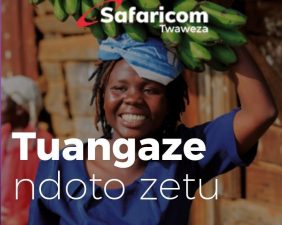 That very day, little did Sifuna know that it was his day ya kuonekaniwa. Luckly, for him, Safaricom, through the Ndoto Zetu initiative was ‘taking the bull by the horns’ in the fight against jiggers in Sifuna’s village.

They then start treating his wounds caused by the jiggers. They wash his feet, hands and literally “massage” his feet.

“I feel like a new man,” says Sifuna in his local dialect, Bukusu.

Does Your Online Store Look Legitimate?