It cannot be denied the contribution that Tecno Mobile has made in mobile phone penetration with their wide array of budget phones. We cannot also forget that as much as the phones are budget, Tecno does not necessarily make them in poor quality. That means that even someone who is able to save something like 12,000 bob for example can still afford to walk around with a decent smart phone.  This also goes for tablets and other wearable tech. This is a dream come true for thousands of people.

That does not mean that the company does not make higher end flagship phones like the phantom series which comes at a steeper price, but bearing more superior features. All in all their price ranges are generally affordable. 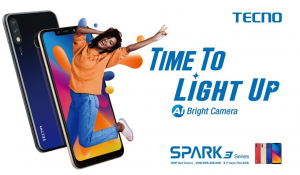 As mentioned in an earlier post, Tecno Spark 3 is here with us and this is one that falls under the mid-range category. It is a visually appealing phone and we shall soon be doing a comprehensive review so keep it here. For now we shall just have you know that although it is not exactly an entry level smart phone, the price of under Kshs.15,000/- it is quite worth it for mid-range users. Furthermore it comes with good photography features and a good battery life coming in at 3500mAh. Without saying too much before using it, we can also let on that it has an 8MP selfie camera – a clear departure from days of yore when phones had a paltry 2MP front. Quite a winner for the selfie lover. 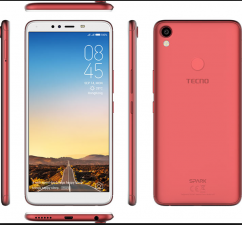 Before the Spark 3 was the Spark 2 which checked in last year at the price of Kshs.11,000/-. Not too bed considering that the features were not too shabby, with a 3500mAh battery, finger print and facial recognition among other features that were quite a try for a budget phone. It also had red among its colour choices. I’ve always had a thing for phones that offer popping colours and this was therefore a win for me.

The Tecno Spark 2 was however not for the heavy user as opening one too many apps at the same time made it noticeably sluggish but then again, remember this was a budget phone so it can be forgiven for that. 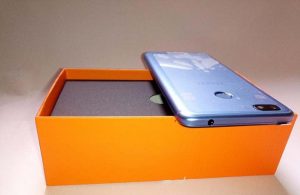 Then there was Tecno Spark which though inferior compared to the other two above, was actually the mother of the Spark series which as you can see by now is growing by the year. It was released in June 2017 and had features like a 13MP camera, and a 3000mAh battery. It had a 5×5” screen and although I did not get to interact with it a whole lot, I can see from it did not support 4G. It however came in a vibrant blue which was a great attraction for many. Retailing at just Ksh.10,000/- in Kenya, this was quite a steal in terms of features versus price.

It is clear that the Tecno Spark series is here with us for quite some time if the annual improved releases are anything to go by. As mentioned earlier, we shall be doing a full review of the Spark 3.

May 5, 2019By Femme StaffLeave a comment
FacebookshareTwittertweetGoogle+sharePinterestpin it
Is Your Digital Marketing Strategy Up To Date For 2019?In Pictures – Safaricom Jazz In Celebration Of International Jazz Day 2019 At Carnivore Grounds