How far can your talent take you? Quite far as I’ve come to learn time and time again as I interact with young gifted people who are following their passions and talents.

No too long ago, I wrote about Ben Robert Ogot, a prolific striker from Kakamega who had always dreamed of being discovered and signed up by the big football leagues either locally or beyond. His dream started materializing when he signed a 2 year deal with the Kenyan Premier League Club Vihiga United FC. 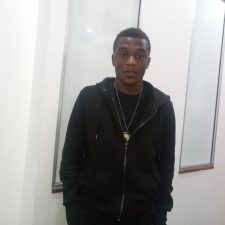 Just last week, I met 17-year-old Enock Wanyama who is a Central Attacking Midfielder (Number 10) with South B United Sports Academy – SUSA. Enock has every intention of pursuing football as a career and at his young age, he already has a noticeable go-getter attitude and quite an impressive football record.

The common thread among these two young men is that they both got the much needed push towards their dreams from Chapa Dimba – a football initiative by Safaricom that aims to scout for and give opportunities to young talent between 16 and 20 years. Chapa Dimba’s implementing partner is Kenya Football Federation and their MO is forming partnerships with local and international leagues.

For example, in one of their biggest partnerships yet, Enock was among the all-star teams of 15 girls and 17 boys who went on a very motivating trip to Spain in partnership with La Liga. For one, from not having dreamt of ever flying, they got to be on a long-haul flight to another continent and to experience life in a different part of the world for a whole 10 days. Under the stewardship of Safaricom chaperones who went with them, they got to enjoy lots of recreational activities in Spain, like parks and beaches.

Above all, they got to see what big football is about – the sheer discipline that comes with it, the huge stadia, and the quality of the grounds where football magic happens. They got the privilege of training on these grounds, to watch live big boy matches and also to play friendlies with junior clubs in Spain. Ultimately, they got to experience how far ahead of us the big leagues are and to place themselves in their big shoes. The mark that this trip left on Enock and all the other kids who went is indelible and if that is not what powerful nurturing of dreams is, I don’t know what is.

There are many cases in which parents come in between children and their dream careers. Not so for Enock. Apart from his strong love for the game and the input from SUSA and Chapa Dimba, his parents are his strongest supporters and they even keep copies of his training schedules. Whenever it looks like he’ll be late for training, they step in and remind him to hurry up and go. This kind of parental support is priceless for the young man and it keeps him grounded in his aspirations to be a career footballer. It does not come as a surprise though. His father was an avid footballer in his hey days though he did not pick it as a career.

Dreaming and working towards being a career footballer does not mean that Enock intends to give up his studies. Not a chance. If anything, SUSA which has been in existence since 2010 puts quite a lot of emphasis on formal schooling too as well as other arts. For Enock and for whoever else chooses football as a career, this ensures that when they’re done with active sports, they’ll have knowledge in other related careers which they can fall back to.

Enock will be part of the players traveling to Meru for the season 2 national finals which will be held in Kinoru Stadium later this month. He intends to live up to his budding name. Besides, he loves to make his parents proud. 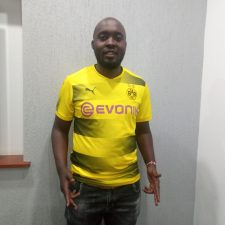 When I met Enock, he was accompanied by his team manager Masese Mokuo who got to expound more on SUSA and how it operates.

June 17, 2019By Femme StaffLeave a comment
FacebookshareTwittertweetGoogle+sharePinterestpin it
The Financial Sector Just Got Safer With The Launch Of IMSI API By SafaricomQNET Donates Foodstuff Worth Over USD4,500 In Nairobi In The Spirit Of Celebrating Ramadan