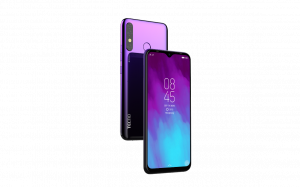 Looks like over at Tecno Mobile it’s raining phones! In the last seven or so months we’ve had the Tecno Phantom 9, Tecno Camon 12, and now it is said that Tecno Spark 4 is soon to be launched.  The Spark series is a best selling budget phone that comes soon after its predecessor Spark 3 which came into our lives in March this year. It is said that the SPARK 4 which will be on sale as soon as Monday 30th will have quite an improvement from the previous phones in this series though.

Globally, TECNO portfolio consist of three series: ‘SPARK’ is with AI bright camera (great camera features especially in low light environment) for youth, ‘Phantom’ the brand’s flagship series and ‘Camon’ the popular camera-centric series with outstanding selfie camera features in Camon. The SPARK series is the voice of Tecno Youth. It is designed for photo centric people who lead the trend and enjoy life by taking and sharing photos.

The earlier versions were well received in the market with the youth being the number 1 consumers of the brand and giving positive reviews for the predecessors.

The next Tecno SPARK 4 smartphone, which may come in two versions (SPARK 4 and SPARK 4 Air) just like its predecessor, has been taunted by several sources not be only equipped with triple bright back Camera, but also to support the 4G network bandwidth and to also come packing just the enough storage that you need.

With Tecno SPARK series reputation in the Kenyan smartphone game for some years now, I totally wouldn’t count out this device to cause ripples in the market right now. TECNO SPARK series have not only been awesome, but they totally changed people’s perception about smartphones and their affordability in recent times.

Peoples acceptance in the smartphone technology has gradually been increasing over the years and this feat is deeply rooted to the existence of Tecno Mobile since the launch of its Spark, as well as other lines of Tecno devices.

We can’t say too much about the phone until we get hold of it, after which we’ll do a comprehensive review.

Nokia 7.2 Is Now Available In Kenya