Kifaru The Film – Bringing The Reality Of Extinction To Life

For the past few years, the world has been following the life of Sudan – the last surviving Northern White Rhino. The story of Sudan has now been captured and immortalized in the award winning film ‘Kifaru The Film’, which screened at the Trademark Hotel Village Market last week. 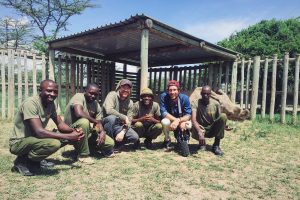 As much as the narrative is very much about Sudan, Kifaru is not your every day wildlife documentary, rather one that unfolds through the lives of the rangers who were tasked with giving it round the clock care and protection at Ol Pejeta. The masterfully told story shifts quite a bit of focus to the rangers, their goofy selves, their normal lives outside of work, and their heartwarming moments with their families and friends. 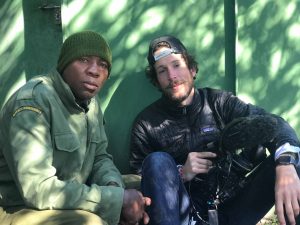 The film producer David Hambridge brings home the reality of extinction through the strong bond that the rangers formed with Sudan over time, and their absolute heartbreak when they finally realized that he would not make it. In the end he did not make it and passed on in March 2018. The world had lost a subspecies and only science could offer a glimmer of hope as to whether the tissues and sperm samples taken out of Sudan before his death could revive it. The subspecies that is.

One could see the rangers’ raw emotions of having witnessed the suffering in Sudan’s last days, and the finality of death which came with the realization that despite the best care, their efforts had come to naught. It was clear that the dedication they had for the rhino, and for his daughter Najin and granddaughter Fatu who are still alive is not just out of a job description, but out of genuine heartfelt care. For them, the death of Sudan was not just the death of any other animal. It was a personal loss whose depth was very well captured in James Mwenda’s words that “being a friend of an animal means being a friend to a being that will never look you in the eye and say thank you”. 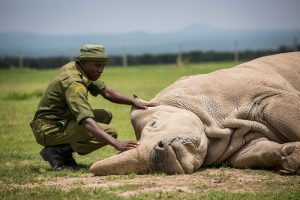 In the end, as much as the world was cheering Sudan on and the rangers and vets were doing their absolute best, his body was so badly ravaged by severe bedsores. His bones and muscles had also degenerated to a point where even standing up was impossible.

Ideally animals should be left to survive in the wild but because of human greed and with rhino horn selling for more than gold in foreign markets, poaching has become all too rampant. But for future generations, we must never forget what extinction looks like. The world must do better and stop it. 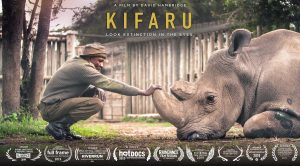 As much as extinction is human driven and not Kenya’s fault, the producer David Hambridge is happy that the content came out of Kenya. He hopes that the film will have everyone who watches it, and especially those fueling it, look at extinction in a new light, and do their part to end it.

October 29, 2019By Femme StaffLeave a comment
FacebookshareTwittertweetGoogle+sharePinterestpin it
In The Footsteps Of Success: The 19 Year Story of SafaricomWomen Enterprise Fund Partners With KEBS To Support SME Certification