Home Business In The Footsteps Of Success: The 19 Year Story of Safaricom

In The Footsteps Of Success: The 19 Year Story of Safaricom

Safaricom is no longer 18. The giant telecommunications company recently marked its 19th birthday promising to give customers an unforgettable experience in terms of products and services going forward.

Since kicking off its journey in Kenya in the year 2000, Safaricom’s journey in Kenya has been that of resilience, innovation and the will to always move forward in giving customers what others cannot offer, with M-Pesa always standing tall, not only in Kenya but in the world. 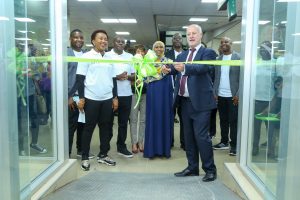 As it turned 19, it became For You, with YOU meaning the customer. In other words, as mentioned in an earlier article, Safaricom is rolling itself out for the customer through three simple words; Simple, Transparent and Honest.

Marking the 19 years of being in existence in Kenya, Safaricom introduced the No Expiry data bundles, voice calls and SMSs for the first time. Data expiry has probably been the one thing most frustrating for customers.

Safaricom has also introduced the 50 percent bonus for voice and SMS. Customers will now be able to purchase any amount worth of talk time and they’ll also automatically get 50 percent more with every *544# purchase. Always bear in mind that this is a permanent feature and not a temporary offer, and is available immediately. This too is not subject to expiry. 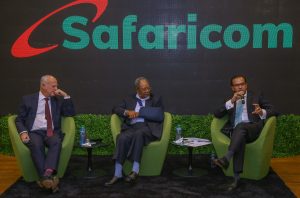 The new products aside. Safaricom has remained as one of the most profitable companies in the country. On November first this year, the telco released its half-year results for the six months ended 30th September 2019, with Profit before Interest and Tax hitting 49.82 billion shillings.

In the words of Interim CEO Michael Joseph ,“Our top priority for the first half of this year continues to be our customers, specifically regaining their trust and in the process growing our market share. I am pleased to advise that we have witnessed improved customer sentiments and brand consideration, and a market share increase for the first time since 2017.”

Apart from making hefty profits, Safaricom has invested heavily in corporate social responsibility (CSR) with the most programs that give back directly to the society. It has its footprints in quite a number of community empowerment programs and it would be difficult to discuss all of them in one article.

However, here are a few:

Nyalani is an economic empowerment program tailored towards the people living around Nyalani area in Kwale County through M-Pesa Foundation. Through the program, the locals in the arid area have been empowered to now effectively engage in fishing and farming activities that are helping them not only feed their families but sell the surplus to nearby tourist hotels in Diani and Ukunda.

There are around 417 farmers in Nyalani with each farming on a quarter acre of land. In 2016 they had a bumper harvest after a dam was built by Mpesa Foundation and other partners to help trap the water, and pipes laid. This made it possible for them to irrigate their land.

This has been one of the most impactful program from Safaricom. It is a program that gave Kenyans an opportunity to choose what they wanted the company to do for them. For instance, our girls have been able to get sanitary towels, books and other amenities and the program facilitated donations to cater for these. Some schools have also had toilets constructed and pupils receive desks.

In some jigger infested villages especially in Western Kenya, Ndoto Zetu reached out and helped tackle this menace.

The Ndoto Zetu tentacles also reached to programs to do with maternal health and Autism to name a few.

Safaricom knows that a healthy nation is what prospers. The company, through Safaricom Foundation, has been on the forefront on championing for maternal health, fighting diabetes and eliminating fistula.

Safaricom has been able to put smiles in the faces of ladies, who for years had been neglected due to fistula problems. 75 year old Prisca Ariri from Bosiango area in Nyamira County had endured the debilitating condition for 50 years of her life.  Prisca is a mother of 10 though 7 of these children have passed on and like in majority of cases, her fistula case was occasioned by difficult labor. She’s a jovial soul and it is hard to fathom what she has been through for the largest percentage of her life. Thanks to Safaricom, she got her dignity back.

There is no greater investment than that in talent. There is no doubt that Safaricom has really invested in developing talent of young and vibrant Kenyans, especially in the area of athletics. Safaricom’s support for athletics and especially for the less abled members of society such deaf athletics is beyond measure. For years Safaricom has also supported the annual Henry Wanyoike hope for the future race. Wanyoike is visually impaired but has grown to be an inspiration for millions of other Kenyans living with a similar condition and many more.

You might also have heard about the Lewa Marathon. Most of what comes to the limelight is the marathon itself but deeper down, there is a whole system of community empowerment, wildlife conservation, and peace building among warring tribes around the area.

Lewa Marathon is one of the biggest events in Northern Kenya that brings together the surrounding communities, athletes from different parts of the country, celebrities and other visitors from outside Kenya and ambassadors among other wildlife enthusiasts. Children are not left behind either as there is a 10km race just for them. That is apart from the 42km and 21km adult races.

Ghetto Classics is a community based programme that aims to transform lives of children mostly in Korogocho, but also in Huruma, Dandora and Mukuru kwa Reuben. The program is also spreading to other counties in the country.

Ghetto Classics uses music education to provide the youth with opportunities to better themselves and their communities, equipping them with musical skills as a means of coming out of their shells, and for some, breaking the cycle of poverty that many of them are born into.

The program also provides them with income generating opportunities and has been supported by proceeds from the Safaricom International Jazz Festival since 2014.

Safaricom jazz is the brainchild of the late CEO Bob Collymore and was a brilliant way of not only enabling people to enjoy some of the biggest jazz stars in the world in concert, but also to support this very unique community project Some of the biggest stars who have graced the Safaricom Jazz stage were South African Hugh Masekhela.

The Jazz Festivals have also been quite instrumental in bringing to light, and building the careers of local jazz stars.

Chapa Dimba Na Safaricom is a national football tournament for male and female youth aged between 16-20 years. The aim of the tournament is to transform the lives of young people by giving them a platform to showcase their football talent and an opportunity to earn from their passion.

Currently, Chapa Dimba is the only football talent discovery and development project throughout the country helping to build stars with the partnership of La Liga that enables winners (both boys and girls) flying to Spain to interact with world’s football legends.

Safaricom only employs women to run some of their biggest technology departments, but also goes ahead to enable girls all over the country to see technology in a different light through sponsoring learning platforms and competitions for science fairs and tech innovations among others.

Read the story of Diana Ogeto, who is one of the ladies in the company’s ladies in tech.

This is a state of the art, co-educational and residential High school offering the Kenyan National Curriculum. Driven by leadership, entrepreneurship, technology and innovation, the Academy serves talented but economically disadvantaged students with demonstrated leadership potential.

These are just a few projects and as mentioned earlier, there are many many more which we shall be looking at in later articles.

Kifaru The Film – Bringing The Reality Of Extinction To Life

Equity Rolls Out Universal Number for All Outgoing...

Equity Card Holders A Happy Lot At The...

Use Your Equity Card At Dignity Furniture And...