Why Economic Empowerment Of Women Is Important 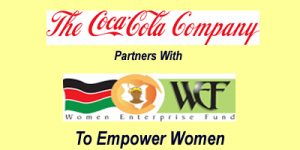 Deliberate empowerment of women is in top gear globally and while the efforts and results over the years are laudable, many parts of the world are not yet there. Here in Kenya, one of the leading lights in economic empowerment of women is the Women Enterprise Fund – a semi-autonomous Government agency mandated to empower women in line with Vision 2030 and Sustainable Development Goal Number 5 on gender equality.

The Women Enterprise Fund works as a stand-alone to offer business loans to entrepreneurs, but also with key partners in private sector that share the common goal of empowering women. Through a partnership with Kenya Bureau of Standards for example, WEF is able to facilitate two things. Sensitizing women on the importance of certification in spurring businesses to move to the next level, and subsidizing the cost of certification. This way, women are not only handheld to produce higher quality goods, but also to make them fit for bigger markets courtesy of the KEBS Diamond mark of quality.

Another partnership that is upping the game in the women entrepreneurship field is the involvement of private sector in training. Coca Cola Central, East, and West Africa has facilitated training of 13,500 women countrywide on how to improve their businesses, with a promise of empowering another 285,000 spread out through different counties. Last year (2018), 161,000 Kenyan women benefited from this initiative.

Why is Coca Cola and Women Enterprise Fund working together to train women entrepreneurs?

To expand expertise and eventually put more money in the women’s pockets. If there’s one thing that will never completely leave you, it is the knowledge and skills that you possess in a particular field. One may even be an absolute expert but there’s always something new out there to be learnt. A new connection to be made. A new business club or table banking group to join or a new way of keeping books. A meeting to brainstorm and come up with new business ideas. The end game is to never settle. Never to entertain the thought that one has arrived.

One may ask why there are such deliberate and well thought out efforts to empower women? A few reasons why.

Because times are changing

The world is changing rapidly in the last few decades and in most homes, it is becoming less and less viable for a woman to stay put and wait for her husband to come home from hunting. With the cost of living rising faster than we can cope, single income homes are having it rough and if both partners can bring something home, the better.

Because it is a human right

Because it is a human right. Empowerment is right up there with the right to freedom and equality, right to good health, education, food, shelter, and the right to life itself. Nobody wants to live a mediocre life along with his/her family. Even though empowerment may not afford everyone lavish lifestyles, at the very least people should be able to live decent lives, afford food, good clothing, well-kept houses and relatively good health.

Breaking the cycle of poverty

We have all seen instances of empowered women and how they’re able to improve their lives and create better homesteads and communities at large. More often than not, this translates to children being healthier, able to attend and concentrate in school and in turn grow up to empower and educate their own children. The ripple effect of this over the years is that of growth and development.

Because we have an economy to build

When it comes to bettering the economy of the country, it is all hands on deck. As it is, women and youth comprise of around 70% of the total population. A population that despite noticeable efforts from different sectors is still unfairly disadvantaged in their pursuit of money making ventures. With nearly 50% of SMEs being owned by women, overlooking their empowerment means creating a huge dent in the overall economy of the country.

Because it is good for their mental well-being

Living in abject poverty and continuously trudging through a thankless life will eventually have a negative effect on a woman’s mental well-being. Given a chance, majority of women need to be gainfully occupied in money making ventures so that they can have some money to their name either for personal use or to contribute to the family kitty.

On the flipside, being able to afford a few nice things however simple is a great boost to a woman’s self-esteem. Women want good food for themselves and their families. To whatever extent she can afford based on her circumstances, a woman wants to be able to buy or make good clothes, make her hair and nails, and decorate her house to create a nice haven to come home to. The link between a healthy self-esteem and resultant mental well-being is well known.

A reduction of sexual and domestic abuse

The prevalence of domestic abuse is alarming. News outlets are awash with women and sometimes children being beaten, maimed and even killed by their spouses. There are many reasons why women don’t leave abusive relationships but for purposes of this article, we shall stick to lack of economic power. A woman without a few coins of her own is likely to stay with an abusive partner because her options are this much more limited. But with something to do and with some money getting into her pocket no matter how little, she has more wiggle room to make the choice to exit an environment that is perpetually toxic for her and her children if she has some.

Because life can, and does play rough cards

Despite the best efforts, life can and does play rough cards. Of course some problems cannot be sorted by throwing money at them but having a stash certainly does free one’s mind to some extent to be able to deal with

Some women go through life on their own

Either by choice or by through unfortunate circumstances, some women find themselves going through life on their own. Whichever way, they do need a source of income whether they’re alone have children and extended family to fend for.

November 26, 2019By Femme StaffLeave a comment
FacebookshareTwittertweetGoogle+sharePinterestpin it
Domestic Abuse Is Not Only Messing The Victims, But The Economy TooThe Tecno Camon 12 – My User Experience And Thoughts