Water is life and conservation of the same is crucial for the environment, human and wildlife ecosystems as a whole. Nature has treated us kindly for thousands of years. If and when the human race doesn’t treat it as kindly in return, the consequences can be dire. Some of the flooding we’re currently witnessing in the country are due to constant interference of nature and this is not the first time. Floods and other forms of extreme weather are recurrent and as a human race, we have to learn to be in the good books of nature, otherwise it will always turn against us.  We have to live sustainably. 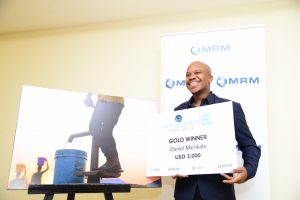 Safal Group – Africa’s largest producer of steel roofing and Provider of building solutions has today unveiled the winners of the 2019 ‘Safal Eye in the Wild’ photography competition that seeks to promote sustainable conservation actions in Africa.

Twenty eight year old Daniel Charles Msirikale from Tanzania, who is a freelance photographer, emerged the overall winner for his piece that showed (two young boys heading home from fetching water with a third boy pumping water from a borehole). He beat other entries from professional and amateur photographers and received Kshs 300,000 cash prize.

“As a leader in our industry, we have invested over Kshs 30 million in this initiative so far which is our vision to raise awareness on alternative ways Africa can conserve and preserve the environment, in particular our water resources. We believe that photography is a powerful medium of influence in the promotion of sustainable conservation actions in Africa,” said Mr. Lindgren.

The company also announced the donation of Kshs. 3,000,000 to the Red Cross Kenya to rehabilitate water facilities within flood stricken areas.

“One of our core values is Caring for our communities and we are deeply concerned by what we are witnessing with current the rains. It is our hope that this donation will ease the access to clean water for the affected families,” added Mr. Lindgren.

The 2019 competition, themed ‘Every Drop Counts’ received a great number of submissions from Kenya, Uganda and Tanzania. Kenyan Kamal Shah who emerged the Silver Winner received Kshs 200,000 prize money while Kenyan Anthony Ochieng took the Bronze Award with a prize money of Kshs 100,000. Denish Ochieng a photo journalist with a Kenyan Media company, won The People’s Choice Award with his photo that depicted (a boy cooling down his head with high pressure water from a tap) reaching over a million people online within a few days.

Entries to this year’s contest were judged by award winning wildlife photographer Gurcharan Roopra; Uganda’s Reinout Dujardin and Tanzania’s Hendri Lombard, who selected winners of the gold, silver and bronze as well as the selection of the potential public award winning images based on the submissions’ theme, message, and creativity.

“We were very impressed by the quality of submission and how they interpreted the theme by unleashing the power of visual expression to tell compelling stories of water conservation,” said Mr. Roopra.

December 6, 2019By Femme StaffLeave a comment
FacebookshareTwittertweetGoogle+sharePinterestpin it
Meet The Women’s Group In Umoja Taking Steps In ManufacturingTecno Spark 4 Air – Just The Gift For Yourself Or Your Loved One If You’re On A Budget