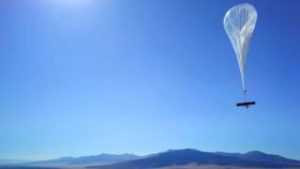 Loon, the company that is preparing to launch balloon-powered internet connectivity in Kenya has announced that it has reached an agreement with the government of Uganda to operate in the stratosphere above the country. Loon is a subsidiary of Alphabet, the parent company of Google.

The agreement was signed in Kampala with representatives from Loon, the Uganda Government, and others. Loon is working collaboratively with other regional governments, including Kenya and Tanzania, to secure overflight approvals to provide service on the continent.

Loon has many similar overflight agreements around the world and within Africa. Permissions to operate above a country are critical to Loon’s ability to extend internet access to rural and remote populations that lack adequate mobile internet service. In South America, for example, Loon has overflight approvals in the vast majority of countries on the continent. These permissions have been instrumental in enabling Loon to provide service in times of need, such as after an 8.0 magnitude earthquake in Peru in May. Recently, Loon signed a contract to begin providing balloon-powered internet in Peru on a sustained, non-emergency basis.

Loon balloons operate in Earth’s stratosphere, 20km above sea level. This is twice as high as commercial aircraft, and well above ground-based weather events. The balloons are launched from the United States and navigate wind currents in the stratosphere to reach a desired location. When a balloon is ready to be taken out of service, it is navigated to a sparsely populated landing area and the helium keeping it aloft is released. A parachute deploys to control the descent, and the flight vehicle lands at a low speed for a soft landing. Once on the ground, specially-trained recovery teams collect the balloon and payload for analysis and recycling.

Loon has extensive experience operating safely in the stratosphere around the world. To date, Loon balloons have flown over 1 million flight hours and traveled over 40 million kilometers – equivalent to flying to the moon 100 times. Loon’s balloons are monitored 24 hours a day, 7 days a week, and 365 days a year from a mission control center in Mountain View, California. From here, specially-trained flight engineers monitor the fleet in real-time and partner  with local Air Traffic Control (ATC) officials around the world as balloons enter and exit a given airspace. ATC officials also have real-time access to the location of Loon’s balloons, and each balloon is outfitted with a standard ADS-B transponder – the same navigation and traffic avoidance equipment used for commercial and general aviation.

Loon Head of Government Relations Anna Prouse said, “Loon is grateful for the approval that the Uganda government has given as we prepare to provide service in Kenya and beyond. These permissions are critical as we work to advance our mission of connecting people everywhere.”

Hon. Aggrey Henry Bagiire, Ugandan Minister of State for Works and Transport said, “Today is a landmark occasion that will allow the commencement of overflight in Uganda to support Kenya. Loon was staed-fast and put up a fight to succeed, and today is the crowning of all their efforts.”

Director General of Uganda Civil Aviation Authority (CAA), Dr. David Mpango Kakuba commenting on the ceremony said, “It was a two-year journey and we are glad that the Loon team persevered in explaining us this technology that is designed to help mankind. Although initially scared we are now converted disciples and will be happy to spread the Gospel to neighboring countries.”

US Ambassador toUganda Deborah R. Malac said, “Loon is the perfect public – private partnership example where both sectors work hand-in-hand to provide efficient solutions to information access challenges for the underserved areas in countries such as Uganda. Governments need to provide an environment for private initiatives to succeed. Uganda, starting from President Museveni, has supported and shown great interest in the various possibilities technologies offer. It is an honor for me to witness how US technologies drive growth not only at home but also in Africa.

Meet The Women’s Group In Umoja Taking Steps In Manufacturing

The Dangers Of Ignoring The Human Side Of...