A Word With Ola Akinnusi – The Bolt Country Manager Kenya 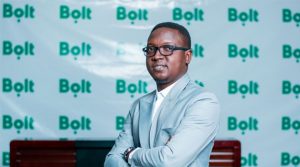 Bolt has been operating in the country since 2017 and last week we had a sit down with Ola Akinnusi – the Bolt Country Manager Kenya. We had a few questions for him about the progress, the position of the company on some issues, and the plans in place for growth. Here is what Ola had to say.

On the safety of both drivers and customers who use the platform:

Ola says that one complaint about the security of a client is one complaint too many and so the company does not wait for things to get out of hand before acting on them. As much as such unfortunate occurrences are not specific to Bolt but among ride-hailing apps globally, the ones that touch on Bolt are fixed by Bolt.

Bolt pioneered the launch of the SOS button which enables both drivers and passengers to get emergency security and medical help from within the app. This is done in partnership with law enforcement agencies because to be fair, they’re better placed to deal with lawlessness than a private organization.

Bolt has also stepped up in daily training and retraining of drivers on customer care and other knowledge they need to gain in giving customers the best ride experience on the platform. This is also achieved through the monthly focus group meetings with Drivers that are on the Bolt platform. They also do more thorough checks of their drivers to ensure they have the relevant documents from organizations like NTSA, as well as a Certificate of Good Conduct from the Kenya police.

As far as communication goes, the company has made it easy for both drivers and riders to be able to contact them in real time through different channels like email, or on social media. Riders are encouraged to rate the drivers and also leave comments detailing their experience, after which Bolt gets back.

Ultimately, Bolt does not shy away from knocking out of the platform drivers who just can’t seem to tow the line.

Bolt has ensured that driver on-boarding onto their platform is as seamless as possible and not gender biased at all. So yes, there is a good number of women drivers and it so happens that one of the top drivers last year who was recognized and rewarded for outstanding service was a woman.

On competition and expansion:

The company offers the widest array of ride-hailing options at the most affordable prices in the market and continues to have steady growth in operations driven by the demand for its quality services.

The company approaches competition from a simple point of view that there is enough for everyone and as it is, all apps combined have barely scratched the surface of the ride hailing business globally. Bolt therefore does not see the need for unfair fighting, but rather chooses to co-exist and use continuous data based innovation to keep their services most satisfactory for riders, and be able to offer the best comparative earnings to drivers.

One feature that the company uses to net as many varied riders as possible is to give them choices of cars within the app. Riders are therefore able to choose the car to pick based on their needs among the regular Bolt, Bolt Lite, Bolt Boda, Bolt Plus and Bolt XL which is a van that can accommodate more people. There is also Bolt Tuk Tuk which operates in Mombasa and across the Coastal region of Kenya.

Following the Kenya Government’s recent move to introduce taxes that specifically target the digital economy, Ola was quick to note that Bolt is pro-regulation because regulation signifies growth in the industry and also attracts more innovation. Bolt has been engaging with different regulatory bodies and with its vast knowledge drawn from years of operation in 35 countries globally, it is also in a position to advise Government on policy formulation and has been doing so.

Yes, Bolt is certainly mindful of its carbon footprint and has been involved in sustainability projects either as a partner or as the main sponsor. For example, other than being involved in the World Clean Up Day activities in the country, the company has a wider environmental strategy known as the ‘Green Plan’ which focuses on a long-term commitment to reduce the ecological footprint of Bolt as a company. Part of the company’s strategy is to use carbon offsetting schemes to balance out their carbon footprint by reducing future emissions. Bolt is also looking at increasing the number of electric vehicles and scooters on its platform.

How have taxi hailing apps changed the public transport sector in the countries where it operates?

For one, the use of taxis has been demystified and brought down to the people. It is no longer a reserve of the elite and because of this, SMEs, business people and a wider population of Kenyans in general are able to move around and do business with ease. Taxi hailing apps have also provided employment for thousands of drivers, as well as the people working in back offices to keep the apps running.

How Does Equity Afia Work? Dr. Ndirangu From The Nyeri Clinic Answers A Few Questions

Use Your Equity Card At Dignity Furniture And...

The Issue On Mitumba Imports Need To Be...