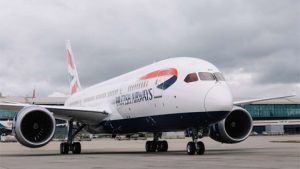 As the sustainability agenda scales up globally, more and more players are getting onto it and making significant steps to keep the earth breathing. Big airlines are not left behind in making their contribution towards making sure that mother earth does not choke on us. We have examples like Emirates which introduced the patented ecoThread blankie, which is made from 100% recycled plastic bottles. That was back in 2017 and now the blankies are available in Economy class on all long-haul Emirates flights.

Today, in another huge game changer from the airline industry, British Airways has announced what will certainly prove to be quite a significant win in the battle towards environmental preservation. The airline intends to remove more than 700 tonnes of single-use plastics on board its flights in 2020. To put this in perspective, this is well over a quarter of a billion individual plastic items. It is equivalent to more than the number of bags travelers check in with the airline at Heathrow on an average day.

The airline which has been working closely with its suppliers to identify alternatives to single-use plastic items has already rolled out initiatives to remove 25 million individual items on board each year. It has set this a notch higher with an ambitious target to increase this by more than 700%.

How will this be done?

Already, BA has swapped plastic stirrers with bamboo alternatives, reduced plastic packaging on Club World amenity kits, swapped plastic wrapping for all bedding and blankets for paper wrapping (currently being rolled out across all cabins), removed plastic wrapping on headsets and instead placed these inside paper charity envelopes in World Traveller cabins, water bottles on board are made from 50% recycled plastic and removed inflight retail plastic bags.  This year it will continue to replace as much plastic as possible with re-usable alternatives. And there’s a lot to look into. Take for instance cutlery, tumblers, cups, toothpicks and butter packaging containers on board.

The airline described the process of making these changes as complex, with a significant amount of research required to ensure that the alternative products sourced are credibly sustainable, offer the same hygiene levels as their plastic counterparts and do not outweigh the items they replace.

This is a customer driven initiative and BA is all on board, though it has to keep in mind that some potential replacement options may be heavier, which would then have an impact on the weight of the aircraft and therefore on their emissions. A lot of research is therefore needed to ensure that the airline is not improving on one aspect and messing up on another.

The airline has a team of more than 170 War on Waste cabin crew champions who promote best practice among crew and identify potential new initiatives to improve waste reduction and recycling practices on board. British Airways says it now expects its suppliers to offer sustainable alternatives as standard and will be making continual changes to its onboard products as they become available.

To mark the new target British Airways commissioned eco-artist Sarah Turner to create a giant suitcase made from a thousand pieces of waste plastic, including 160 spoons, more than a dozen plastic stirrers, drinks lids, plastic wrap, bubble wrap, catering dishes and covers and bottles. The sculpture, which represents the 30,000 suitcases worth of plastic waste being removed, is currently on display at British Airways’ Headquarters near Heathrow.

SheTrades – Lifting One Woman Entrepreneur After Another With Absa

Contactless Self Check In Kiosks For Emirates