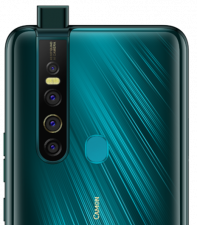 Word has it that Tecno Camon 15 is coming soon. The Camon series which is very photography oriented and which has made quite a reputation of bringing superior features to budget phones may come with yet another development – high definition photos thanks to a partnership with Sony.  It will be the first smartphone with a cutting-edge SONY chip to be unveiled in the African market.

It is 2020 and it is good to see that from the look of things, phone manufacturers are keeping with the times and working with client wishes of having even more superior photography. Some global technology media forecasted the smartphone technology innovation in the 2020s and stated that increasing quantities of megapixels is going to be the key trend in 2020s. Smartphone users are now into high quality pixel performance and are having none of those grainy photos be in in selfies or landscape photography.

What this partnership between Tecno Mobile and Sony means for example is that even when photos are zoomed to the extreme they will not lose detail. Over zealous zooming is known to water down the quality of photos and this is something that Tecno aims to correct. Sony is not a wishy washy brand when it comes to imaging and there’s no doubt in my mind that the Camon 15 camera will live to my expectations of it.

Combined with the Sony chip, the Tecno Camon 15 cameras may be coming with a whopping 64 megapixels. That is photography on another level and is certainly something I’m looking forward to seeing actualized. 64MP is no joke and if this is the case, then we’re looking at a beast in a budget phone.

Sources even say the new TECNO CAMON 15 series might be equipped with a whopping 64 megapixels for the ultimate high definition photography experience. Once released, it will be the first phone in Africa to run on the SONY chip, a great breakthrough for the smartphone industry in Africa. 64 megapixels would be another huge breakthrough in smartphone pixel technology.

March 6, 2020By Femme StaffLeave a comment
FacebookshareTwittertweetGoogle+sharePinterestpin it
A New Bond Movie Is Coming To Our Screens Soon. With Nokia As The Official Smartphone PartnerFifth Leadership And Accountability Conference For Women Kicks off In Mombasa