Home Lifestyle A New Bond Movie Is Coming To Our Screens Soon. With Nokia As The Official Smartphone Partner

A New Bond Movie Is Coming To Our Screens Soon. With Nokia As The Official Smartphone Partner 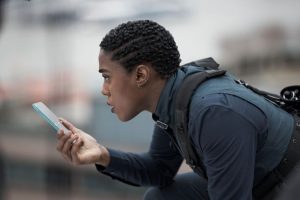 This post is about a few exciting things. One, HMD the home of Nokia is set to unveil 5G mobile phones on 19th March in London. Two, we have a new Bond movie premiering next month. Three, 007 in that new movie ‘No Time To Die’ is a beautiful black woman – British actress Lashana Lynch. As much as she’s not replacing Daniel Craig as Bond let alone James Bond, her role in this 25th James Bond film is certainly not to be taken lightly.

As per the film synopsis, “Bond has left active service and is enjoying a tranquil life in Jamaica. His peace is short-lived when his old friend Felix Leiter from the CIA turns up asking for help. The mission to rescue a kidnapped scientist turns out to be far more treacherous than expected, leading Bond onto the trail of a mysterious villain armed with dangerous new technology.” 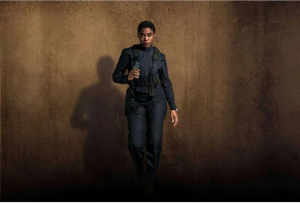 Lashana who is Nomi in the movie is playing a new character who will be taking over his secret agent number after he leaves M16. In a partnership with HMD as the official phone partners for the 25th James Bond movie, No Time To Die will feature a range of Nokia phones like the 48MP triple camera Nokia 7.2, as well as the beloved Nokia 3310.

Speaking about her experience with HMD Global, the home of Nokia phones, Lynch explained: “My first phone was actually a Nokia 3210 when I was about ten years old. In retrospect, it was my smartphone of the 90’s. Being able to change the buttons and faces, whilst playing Snake blew my mind! So, after seeing how much Nokia smartphones have evolved over the years from my childhood to now, it’s exciting to play Nomi who helps unveil a new smartphone for this iconic brand.”

This, and the huge global campaign that will follow may very well be the most impactful come back for Nokia Phones which took a walk about as the Android craze caught on, and re-launched in 2017.