Hope For Our Youth As TVET Makes A Strong Comeback 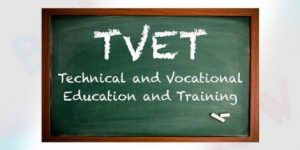 A few years ago in what I feel has so far been the greatest disservice to the youth in our country, the then Government decided to turn vocational training centers into university and therefore raise the grade for entry.

I don’t know what the thinking behind this decision was but it was bound to backfire in a heap of crushed dreams for our youth. Not only those who don’t make the mark for these universities but also those who do. Our education sector is churning out thousands of hopeful men and women every year, with theory and no hands-on skills. They’re young, they’re innovative and they have the energy to work and contribute to economic growth. But they’re also swimming upstream against an anti-innovation economy and a restrictive tax regime should they try to get into the SME sector.

A stifling work and business atmosphere has fast translated into stifled creativity and disillusionment in the very people who have tens of years ahead of them to carry the country forward. Those who are getting into business are running out of variety and every other person is selling the same thing with high chances that it is imported. Hundreds of thousands of SMEs are closing down every year.

We see disillusioned youth everywhere at shopping centers around the country staring blankly into nothingness and getting involved in vices left right and center. And then we judge them. And then we go ahead and blame them for the life they’ve ‘chosen’. Meanwhile we have come full circle into importing painters, welders, and plumbers.

“As a country we have had a very unfortunate history of labeling the people who fall out at earlier stages of education. So much so that if a student makes it to class 8 and is unable to go to high school, this student is immediately branded a failure. Its almost like they get a sticker on their face” – Hon. John Kiarie – Dagoretti South MP.

Anyway, vocational training is coming back. Government and private sector have since seen the problem and realized what it means for the future of families and communities and started actively getting involved in bringing back TVETs. It will take time to turn the tide and we will have lost a generation or two but at least we have a start and that is something to celebrate.

Under Government for example, we have the Technical and Vocational Education and Training Authority (TVETA), under the patronage of the State Department of Vocational Training in the Ministry of Education.

Under private sector, we have quite a bit going on in favour of TVET.  What I remember at the moment is the partnership between Council of Governors and Godrej to train over 20,000 under privileged youth in hairdressing and beauty therapy. I’ve had the pleasure of meeting some of the beneficiaries like Carol Mutanu who studied at the Kitui Hair and Beauty College. Carol is differently abled but that has not stopped her from being a much sought after hair stylist in Kitui, and to raise her little daughter.

Still in Private Sector, Safaricom Foundation for instance has set aside Ksh.130 Million to benefit close to 1,000 young people to study TVETs, with a focus on plumbing, welding, Food and Beverage and Electrical Engineering. For this the foundation is partnering with Zizi Afrique Foundation and other TVET institutions to set up an ICT enabled skills center in Nairobi and also sponsor students in other institutions across the country in the course of the next two years.

Waithaka Vocational Training Centre which is getting over Ksh.33 Million will act as the model center with Safaricom Foundation establishing a TVET model ICT enabled Centre of Excellence. The Foundation will also sponsor 200 students at the centre to undergo training and later place them in jobs.

March 10, 2020By Femme StaffLeave a comment
FacebookshareTwittertweetGoogle+sharePinterestpin it
Microsoft To Offer Free Remote Working Solution In Wake Of COVID-19Belinda Adongo – The Taxi Driver Using Her Proceeds To Pay Her University Fees