When we speak of Ghetto Classics changing lives, we’re not only speaking of playing music. Some of the beneficiaries of the program also go ahead to become music tutors as well as mentors who spread good cheer and hope in different parts of the country. That was the case with a two week music camp held in Karateng, about 20Km away from Kisumu. Some orchestra members went down to join, teach and mentor disadvantaged children from there and what’s more, all of them were from Korogocho. This was in a partnership with a local library in the area, and fits in perfectly with the idea of Ghetto Classics because all the times I’ve spoken to the kids at Korogocho, they’ve always said that other than hoping to grow themselves and their families, they also wish to give back. Karateng visit was one such avenue. 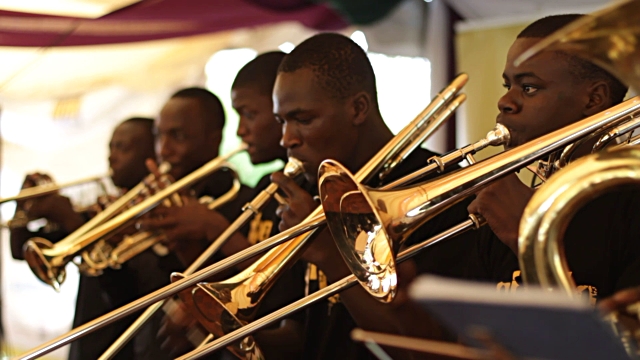 As mentioned in earlier posts, Ghetto Classics, a community program based in Korogocho is spreading its wings outside Korogocho thanks to generous donations, the biggest and most consistent of them being from the proceeds of Safaricom Jazz since all the proceeds from the jazz concerts go to the program. 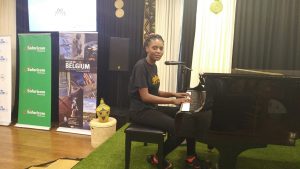 Not every story that comes from Ghetto Classics comes from extreme poverty. Last week I had the pleasure of meeting Celine Akumu. As much as she’s from Korogocho, she has always been in boarding school in St. Mary’s Kisumu since the tender age of 10 because her mum wanted to remove her from the harsh environment of Koch. But she came to her mum in Nairobi often enough alright and at the age of 15, she joined Ghetto Classics and just knew that she was not going back to Kisumu. Why? Because she felt a sense of belonging and family at GC. This sense of family and belonging is a common thread among all the kids who associate with the program.

Celine, a young gentle soul created what she called reasons and excuses and yes, she did move back to Nairobi permanently and when she’s not at GC, she’s continuing with her studies at Riverside Academy. She has music running through her blood and has consistently practiced at GC to a point of being a tutor there. She also has a genuine love for children and she lights up when she says that she and Joseph Omondi are tasked with introducing children as young as 2 years of age to GC. They start them off by teaching them to play the basic recorder.

Joseph Omondi needs no introduction in this space, and in case you want to catch up with his story, here it is. The story of a young man who came from making a living scavenging for a living in the infamous Dandora slums to making a living teaching music at GC.

Thanks to Ghetto Classics, Joseph and Celine are now also part of the Australian Music School which is mostly focused on Keyboard. The school teaches teachers so they may come back and pass the knowledge and in late 2017, Joseph and Celine traveled to Australia for an all-expenses paid 4 week intensive training. They are now able to teach children as young as 2 the keyboard.

Other than her achievements which are coming at her hard and fast, Celine who is first and foremost a clarinetist dreams of creating the biggest clarinet session in all of Africa. She’s now at a point where she’s part of the biggest in East and Central Africa. With her zeal, coupled with the help of Safaricom Jazz proceeds and the speed at which Ghetto Classics is growing, her dream will soon be a reality. The power of dreams cannot be underestimated.

Five Things Parents Can Do To Make Their Devices Child Friendly

Why You Should Embrace IT In Your Business

Women Have A Critical Duty In Hospitality Recovery