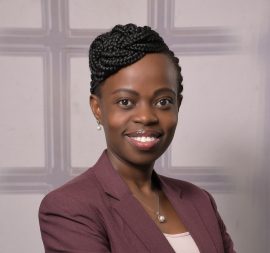 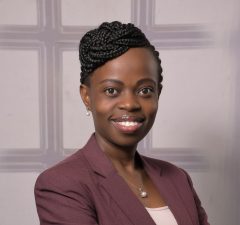 Microsoft has appointed Kendi Ntwiga – Nderitu as the Country Manager for its operations in Kenya. Kenya is a highly disciplined and driven IT business leader with more than 15 years of experience in the industry.

Prior to joining Microsoft, Kendi served as the General Manager of the East, West and Central Africa Cluster for Check Point Software. Her extensive resume includes roles at Oracle, HP and Intel, where she was tasked with leading and implementing business strategies across sub-Saharan Africa.

Passionate about the potential of technology to streamline trade and commerce on the continent, Nderitu has proved instrumental in helping various organisations develop strategic digital roadmaps, ultimately enabling them to improve efficiencies and reduce costs. In fact, it’s this same passion that led to her being recognised as an Emerging Leader in Innovation and Entrepreneurship by the US government through the TechWomen program.

Kendi is also the founder of She-Goes-Tech, an initiative created with the purpose of mentoring young girls and women who are pursuing STEM careers. Her dedication to mentoring women in the tech space has also seen her lead gender inclusion discussions across different forums, including the United Nations General Assembly in New York.

“I am excited to join Microsoft at a time when digitisation is seen as a key driver of progress and transformation in Africa. Microsoft’s mission is to empower every person and organisation on the planet to achieve more and I feel privileged to be the custodian of that mission in Kenya,” says Kendi.

In her new role, Kendi will be responsible for developing and maintaining effective relationships across the company’s subsidiaries, and regional sales and marketing departments. The role also calls for the creation of strategies, building of plans, allocation of resources and the establishment of priorities and supervising engagements – all with the ultimate goal of increasing Microsoft’s share of voice.

Ibrahim Youssry, Regional General Manager Middle East & Africa Multi-Country Region at Microsoft welcomed Kendi’s appointment saying, “We are extremely excited to have Kendi join our dynamic team and are confident that her extensive experience will go a long way in contributing to our overall mission of helping the continent on its digital transformation journey, while also driving greater diversity and inclusion across STEM fields.”

January 7, 2020By Femme StaffLeave a comment
FacebookshareTwittertweetGoogle+sharePinterestpin it
Using Artificial Intelligence To Better Your Minimalist LifestyleUnlocking the Potential of your Card