Home Tech The Phantom Is Back! Get Ready To Say Hello To The Tecno Phantom 9

The Phantom Is Back! Get Ready To Say Hello To The Tecno Phantom 9 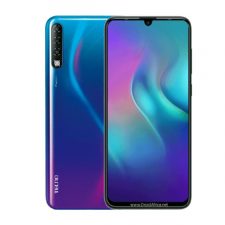 When it comes to unleashing feature packed phones at just the right price, Tecno’s Flagship model the Phantom never fails to disappoint. One gets the feeling that the designers are always at their most relaxed with they’re coming up with concepts for the mighty Phantom. Of all the phones I’ve had the pleasure of using from Tecno’s assorted lines, the Phantom remains undefeated. Then again it is the flagship so…

You may or may not have noticed that the Phantom series had taken a little hiatus but I’m guessing that it was just a well deserved break so as to wow us with the the Phantom 9 which will be launching in a couple of weeks. Well at least I hope so.

Over the years, I’ve been known to rant about phone colours being dull and inspiring but that will not be the case with the Phantom 9 which will come in dazzling aurora. Yeah, for all the black and gray phones I’ve had the displeasure of using, I can’t wait to be hit with multiple colours at the same time 😀 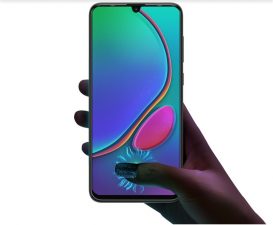 One thing I’m really looking forward to is the in-display fingerprint scanner, a not so old development and quite a departure from the now almost obvious position  – at the back of the phone. Since it came in, this feature has mostly been available only on high end phones which also happen to be out of reach for most people. Well, the Phantom will be bringing that, among other features like superior AI to within reach.

From what I’ve been able to gather, the battery will be a 3500mAh – though I’d have hoped for a better battery. But who knows, maybe the phone has some energy saving features to make up for that.

I don’t want to overstep myself and get into too much of the features of the phone will have lest it comes to prove me wrong. What I can say is that I’ll certainly be doing a comprehensive review once I’ve had a first hand experience with it.

For now, just know that the Phantom is back. Start getting your mind and wallets ready for the 9 which is coming our way around Mid July.