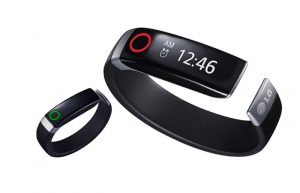 Life expectancy across Africa has improved significantly having jumped from 50.9 years in 2012, to 53.8 years in 2015, according to the WHO report on Africa. Instances of deaths resulting from major health risks – including lower respiratory infections and HIV– decreased by half between 2000 and 2015.

In the current generation, the need to extend one’s life expectancy has never been more paramount. This is evident through the increased number of millennials jogging on our footpaths in the wee hours of the morning and in the evenings. If they are not jogging, they are flooding the few gyms in their home areas.

Studies done by Geopoll reveal an increased dependency on technology and a mobile-first approach driven by African Millennials in their daily livelihood. This is due to accessibility of information through mobile applications that they find trustworthy.

Currently, the innovation of fitness apps by Electronics manufacturers like LG is accelerating fast and holds great promise according to IQVIA.

There is also increasing evidence of these tools playing a positive role in both patient outcomes and minimal medical costs especially with reductions in acute care utilization across diabetes prevention, diabetes care, asthma, cardiac rehabilitation and pulmonary rehabilitation.

“Our consumer-oriented fitness innovations are user-friendly platforms for anyone who would like to monitor their daily fitness routines. We believe in a healthy future Africa, where our products and services will be accessible to everyone,” says Moses Marji, LG Marketing General Manager.

LG’s Health tracking app is capable of tracking different exercise routines such as walking, running, cycling, hiking and inline skating with the assistance of GPS and Google Maps. It adapts to the user’s profile (gender, age, height and weight); the app calculates your Body Mass Index and target weight.

The app can be synced with the LG Lifeband Touch comes with a bright, full-touch OLED display that provides easy, real-time access to a full range of fitness data so wearers can track their progress and adjust their workout plans accordingly.

It also enables users to check incoming calls and messages and control their music playlists on their smartphones, keeping wearers connected while delivering an uninterrupted workout experience.