The Tecno Camon 12 – My User Experience And Thoughts 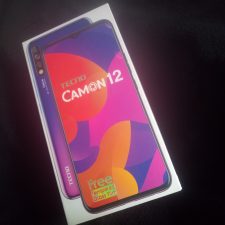 This year, Tecno Mobile has released quite a number of phones into the market and continued to give phone users on a budget some edge with superior features. I’ve been using the Camon 12 for some time now and here are my thoughts so far. The phone came out in August. 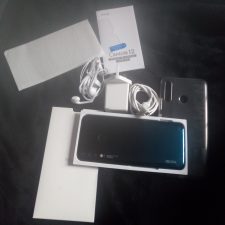 The packaging is small but it has everything you need. In it you’ll find of course the phone itself which is right at the top of the box. There is also the usual literature which I doubt anybody reads. But if it is the first time using a Tecno device, it would be advisable to read it so that you get to understand the phone better.  You’ll also find a free customized glass screen protector which I think is really important for those who drop their phones often or keep them in their pockets alongside keys and other items. There is also a custom made and branded plastic cover for the back of the phone, again this will come in really handy for people who tend to drop their phones or just for that one accidental drop. Whichever way the two protectors do give users who choose to use them a good level of safety and longevity. Because that shattered screen usually looks really back anyway.

Next in the box is the SIM tray ejector pin which has become common place nowadays since phones went non removable battery. At this point let me note that the Camon 12 is a double SIM. There is also a set of beautiful white earplugs, an adaptor, a USB charging and file transfer cable and of course a warranty assurance card for 12+1 months.

Straight off the box I must admit that the Tecno Camon 12 looks really beautiful. The series comes in assorted colours, and the piece I got is black, but graduates downwards into a nice midnight blue. Having used a bright red phone for quite some time now, I actually do not mind this cross over especially because it is not just a full on boring black. I love it. It is surprisingly a bit on the heavier side but that is not something one cannot get used to.

Camon has always been a photography geared phone and so as expected, the cameras are quite good. The front camera is a good 16MP with double flash for that near perfect selfie and good video. The camera settings are within easy reach for all the features, even for video where you can easily choose between 1080p, 720p and 480p. You can also choose to use the custom volume keys for either zoom or shutter.

The selfie camera also comes pre-installed with beauty mode so you can get rid of imperfections before snapping the photo, and AR which is pre-installed goofy filters for playful selfies.

There is a whole lot happening with the back camera that will make users happy. When we say that Tecno has brought good phone features at affordable prices, this is one area where this is clear with a triple AI camera. The main lens is 18MP, with 8MP ultra wide lens and an extra 2mp depth sensor lens. The cameras which are at the topmost left of the phone look pretty badass and they do a noticeably good job.

The Camon 12 has an impressive 64GB internal storage and 4GB Ram. Quite a lot of storage for all those videos, photos, and series. 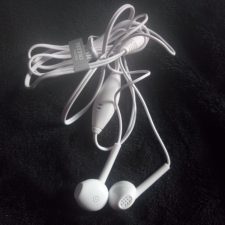 On this series part, it helps that the earplugs are really comfortable and ergonomic so one can watch without getting a splitting headache. With that kind of RAM, users should also be able to have a pleasant time with the phone, including gamers who do not have to deal with hanging and lag.

First of all it is not a fast charge and that is a bit of a downer but as much I’ve been using a fast charge Tecno for the last 1 year or so, I can live with this disadvantage. Given a chance though, I’d have preferred a fast charge because this is one thing that has really freed me from carrying around power banks all the time.

Anyway, with a fully charged 4000 mAh battery, I’m able to stay a full day without needing a recharge or a power bank although by the end of the day I’m usually panicky about whether the little charge left will end the day. I always plug in for additional charging in the car anyway so so far I’ve not been caught flat out without charge.

Straight off the box, the Camon 12 looks very beautiful with a very shiny finish. However, if ever I’ve used a phone that is a fingerprint magnet it is this one. More so because I’m always playing around with my hair and the oil that remains on my fingers against the very shiny finish of the phone are a combination to make my phone forever smudged. But I’ve spoken to one or two more people who use this very phone and they still have this problem without the playing with hair bit so I’m going easy on myself on that one.

The excessive smudging is because of the phone finish. In any case, I’m coming straight from the Camon X whose finish is semi matte and does not smudge at all. Since the way the phone looks with oily fingerprints all over it is quite a bother to me, I think I’ll be forced to use the back cover which is provided free in the package. Yes, as much as I’ve never been a fan of any kind of protection on my phones, I will weigh out between wiping the phone every minute and using a cover.

For a phone that you’ll get for about Kshs.16,000/-, I can say that that money is well worth it given the sleek look of the phone, and the superior features and storage. You can buy the phone from any Tecno branded phone as well as on Jumia.

November 25, 2019By Femme StaffLeave a comment
FacebookshareTwittertweetGoogle+sharePinterestpin it
Why Economic Empowerment Of Women Is ImportantChapa Dimba Na Safaricom – A Word With Mohammed Deck From Garissa